Home వార్తలు Rajinikanth ‘Into The Wild with Bear Grylls’

Thalaiva Rajinikanth to make his TV debut after 43 years of Cinema; The episode will also raise awareness about the important issue of water conservation.
Discovery continues its tradition to feature Iconic Indians; Signs Superstar Rajinikanth for the first episode of a new format series ‘Into The Wild with Bear Grylls’
after featuring PM Modi Discovery in the first episode of Man Vs Wild, which was shot in India, has now signed Superstar Rajinikanth, to feature in the first episode of a new format series called ‘Into The Wild with Bear Grylls’ produced by The Natural Studios and Banijay Asia. The show marks the television debut for Rajinikanth, admiringly addressed as Thailavia, who has gained a cult status for being a Humane Superstar – simple, humble, generously loved – and adored by millions for more than four decades. Rajinikanth will join world’s most recognizable face of survival and outdoor adventure, Bear Grylls.
‘Into The Wild with Bear Grylls’ is an innovative new format inspired by Man Vs Wild, which is one of the most watched wilderness survival television series in the world. Last year, ‘Man Vs Wild with Bear Grylls & PM Modi’ episode disrupted the Indian media landscape, establishing itself as the TV event of the year. Beyond Prime Minister Narendra Modi, Bear Grylls has also hosted prominent celebrities in the past such as then sitting American President Barack Obama, Kate Winslet, Roger Federer, Julia Roberts and many more.
“Into The Wild is a truly unique show – at one level it offers adrenaline pumping action, while at another, the show lends itself beautifully to driving a specific purpose for the larger good of society. So, when, officials from Discovery, a brand globally respected for offering inspiring real-life entertainment, approached me, I agreed to finally make my debut on TV after more than four decades of Cinema. Kavithalayaa, the iconic Production house founded by my guru, K. Balachander also played a significant role,” said, Rajinikanth. “Bear Grylls has tested the survival skills of multiple celebrity guests, pushing them to their limits; I look forward to the survival challenge in the mesmerizing wilderness of India.”
Talking about raising awareness about water conservation, Rajinikanth, said, “Every Indian will need to come forward and contribute in conserving water; this war has to be led at all levels including government, community as well as on the individual front. I believe this show on Discovery is a perfect platform to take the message of conserving water to every home across the country.”
“Our team is all very excited to work closely with Thalaiva! Much more than a cine star, Rajinikanth is a phenomenon who has captivated audiences across the world with his on-screen and off-screen work,” said, Bear Grylls. “He has always shown such energy and flair in all he does and he will need that courage and determination again on our journey into the beautiful wilds of India.”
“The combination of Rajinikanth in a never seen before avatar and Bear Grylls’ edge of the seat challenges, will make the show a must watch for every Indian,” said, Megha Tata, Managing Director – South Asia, Discovery. “We have decided to give a layer of purpose to each episode of the newly commissioned series, Into The Wild with Bear Grylls, as we aim to contribute to humanity in our unique way. Last year, the show featuring PM Modi, generated much desired attention on conservation of Wildlife; we are confident that the forthcoming episode featuring Rajinikanth will sensitize each one of us about conservation of water.”
Into The Wild with Bear Grylls is produced for Discovery Communications India by The Natural Studios and Banijay Asia, where Bear Grylls, Delbert Shoopman and Deepak Dhar are Executive Producers.
Discovery Communications India country’s leading real life entertainment player, is dedicated to satisfying curiosity, engaging and entertaining viewers with high-quality content through its portfolio of 13 channels including Discovery Channel, Discovery HD, Animal Planet, Animal Planet HD, TLC, TLC HD, Discovery ID, Discovery ID HD, Discovery Science, Discovery Turbo, Discovery Kids, DTamil and a premium sports channel DSPORT. From survival to natural history, wonders of science to extreme jobs, motoring to travel and lifestyle, and the latest engineering marvels to original content productions to live sporting events, each channel offers distinct must-watch programming to engage viewers across the country. For more information, please visit corporate.discovery.com.
The Natural Studios is a multi-BAFTA-winning production house for the world’s greatest adventure programming. A joint venture with Banijay Group, it is run by Co-CEO’s Bear Grylls & Delbert Shoopman, and has a footprint of global properties that have inspired and moved people to go for it in their lives and never give up. TNS shows have been watched by over 2 billion people worldwide, with an aggregated audience of over 120 million for Running Wild (US) alone. And most recently, 3.6 billion online impressions were secured when Grylls embarked on an adventure with Prime Minister of India, Narendra Modi.
Banijay Group a leading content producer and distributor, entered the Indian & South East Asian market in 2018 under the guidance of Deepak Dhar. The content creator conglomerate witnessed various associations including Salman Khan’s SK TV that recently brought back ‘The Kapil Sharma Show’, MS Dhoni’s Dhoni Entertainment Pvt. Ltd. that co-produced Roar of the Lion, on Hotstar Specials and their recent collaboration with Group M’s – Motion Content Group, Wavemaker, Talpa and The Natural Studios with Bear Grylls. Apart from that, Banijay Asia has also produced various eminent shows like Ruskin Bond’s Ghost tales, Hostages, ARRived with AR Rehman, as well as region specific shows including The Great Indian Laughter Challenge (Telugu) and Divided (Tamil) amongst others. 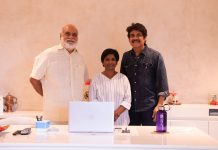 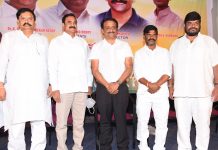 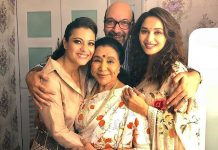