The audio launch of ‘Nakshatram’ was held on the evening of July 5th.  The event was graced by the film’s cast and crew members.  Shriya Saran was conspicuous by her presence.

Veteran actress Thulasi said, “Krishna Vamsi garu is the sky, we artistes are all stars.  He will continue to rock.  It is his 20th film and he is like he is just 20 years old”.
A guest said that every artiste dreams to work with Krishna Vamsi at least once.  “There is a lot of importance to music in his movies.  Right from ‘Gulabi’ to ‘Govindudu Andarivadele’, this has been the case.  His heroines are glamorous and cute.  ‘Nakshatram’ is one of the craziest movies of the year,” he said.
When some of them took Sai Dharam Tej’s name, they didn’t miss invoking ‘Jai Jai Chiranjeeva’, much to audiences’ cheers.  With the presence of the Mega hero, Pawan Kalyan’s name was head more than once.
“Sundeep Kishan anna has been transformed by Krishna Vamsi garu.  ‘Supreme’ hero Sai Dharam Tej garu is my favourite; he is a dedicated and humble person.  This is a patriotic movie.  We have seen Tanish as a lover boy so far; in this film, he is a complete bad boy,” said an artiste who is playing a villain in the movie.
An AV about Tej revealed that his character was originally meant to be just 20 minutes long, but director KV was so impressed with his performance that he enlarged the role to 37 minutes.
Lyricist Kakarla Shyam said, “I have penned two songs, one of which I have rendered myself.  My life can be divided into before and after ‘Mahatma’.  I have had an image for writing folk songs.  One of the songs in this film has a philosophical touch.  We keep learning new things from KV garu”.
Music director Bheems said, “I am indebted to Krishna Vamsi garu.  Everybody wants to travel with him at least once.  I have composed three songs and the film’s RR.  I am debuting as a singer with this movie”.
Bharath Madhusudhan, another musician of the film, said that KV taught him a lot of things.
The producer at Putta Bomma Creations said, “Whatever may be the result of the movie, I am very satisfied.  I feel that my parents have ‘poorva janma punyam’, which is why I could make this movie.  A small film became big only because of Krishna Vamsi garu and Sai Dharam Tej garu.  I am very thankful to them.  Our artistes and technicians believe that ‘Nakshatram’ will be a bigger film than ‘Khadgam’.  Sai garu, Sundeep garu, Regina garu and Pragya garu have out-competed each other in the movie with their performances.  Sai garu is very energetic. He didn’t care the bruises he had during the shoot.  Krishna Vamsi garu is someone who is not satisfied even after 20-30 takes”.
Shriya Saran, who has done a special song in the movie, said, “The only thing I am sad about is that it’s just one song.  I want to work with KV sir for a whole movie.  Working with him is every heroine’s dream.  He gives soul to a heroine’s role”.
Ram Gopal Varma wished his protege Krishna Vamsi all the best through a video message.
Regina Cassandra said, “I was wondering how KV sir will show me on the screen.  When I watched my intro song, I myself wondered if it’s actually me.  Working with Sundeep for this movie is definitely special.  There was on-screen and behind-the-screens drama as well”.
Pragya Jaiswal said, “I never imagined I will do such a character so early in my career.  KV sir pushed us to do our best.  I was told that he is an institution.  He is a one-man-army.  This film is close to my heart.  Thank you Srikanth sir (DoP) for capturing me so beautifully.  Sundeep is a fabulous actor.  A big thank you to fight masters, without whom I couldn’t have done the stunts”.
Poonam Kaur, who has done a guest role in the movie, said, “When Tanish asked me if I would be willing to do a role in this film, I didn’t believe because KV sir is someone I had always wanted to work with”.
Tanish, who is playing a villain in the movie, said, “I have decided not to go out after the movie’s release.  Getting to work with Vamsi garu and Prakash Raj garu was a great opportunity. I was low after my father’s death.  This film came during that phase.  KV sir told me he trusts me totally and why I can’t have faith in myself.  That was special”.
Sundeep Kishan said, “When KV sir added me on FB in 2009, I requested him to give me appointment.  He didn’t reply to that.  Seven years later, I have done a film with him.  My friend Teju gadu and ‘Supreme’ hero Teju garu is my best friend.  Regina is another best friend of mine.  KV garu could have done this film with anyone.  But he trusted me.  You will see a new Pragya in the movie, so also Tanish”.
Sai Dharam Tej said, “When I went to meet Charan during the making of ‘GAV’, I requested KV garu to give me a small role in future.  My character in ‘Nakshatram’ is Alexander.  I learnt from him like a student learns in a college.  Chiranjeevi garu and Pawan Kalyan garu told me that I will learn so much by working under him.  Sundeep has done a great job.  I have seen a few visuals.  Tanish has given one of his best performances since ‘Mem Vayasuku Vacham’.  Bheems, Hari Gaurav and Bharath have done a nice job as music directors.  Jai Hindi”.
Krishna Vamsi said, “Definitely, this film won’t disappoint you.  We all have worked hard on the movie”. 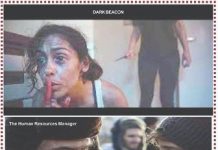 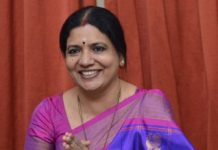 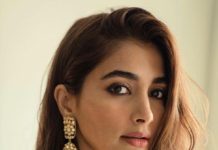